There are seven species of sea turtles in the world, six of which can be found in Indonesia. These species include the green turtle, hawksbill, olive ridley, leatherback,loggerhead and flatback. Five of the seven species are unfortunately endangered, which makes Indonesia, and especially Bali,  the ideal location to volunteer for a sea turtle rescue organization or at a sea turtle sanctuary. 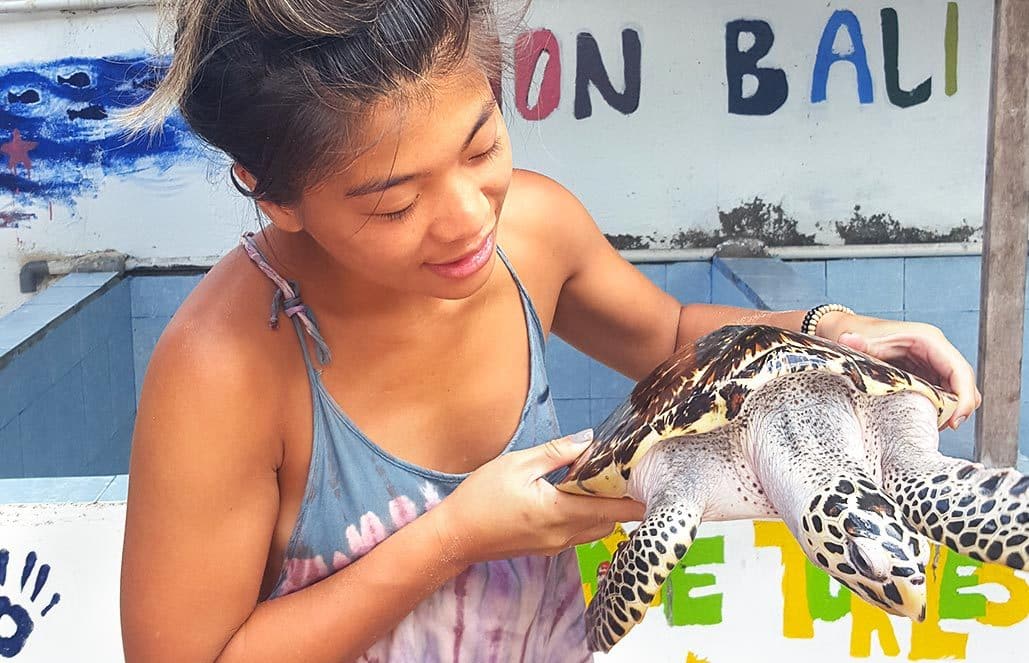 Sea turtle conservation volunteer projects can take many forms, and have several varying tasks. First and foremost, turtle projects aim to help conserve the endangered species by removing immediate threats such as poachers. These types of sea turtle rescue organizations often run volunteer projects in which the participants do night patrols along nesting beaches and build barriers to protect them.

Other programs are set up at hatcheries, which act as a sea turtle shelter, where sea turtle eggs can hatch in a protected space, and are accompanied by volunteers when making their dangerous return to the sea. Oftentimes sea turtle hatchlings are eaten by predators such as birds on their way to the sea. Volunteers deter such odds, increasing the number of sea turtles that are successfully returning to the sea. 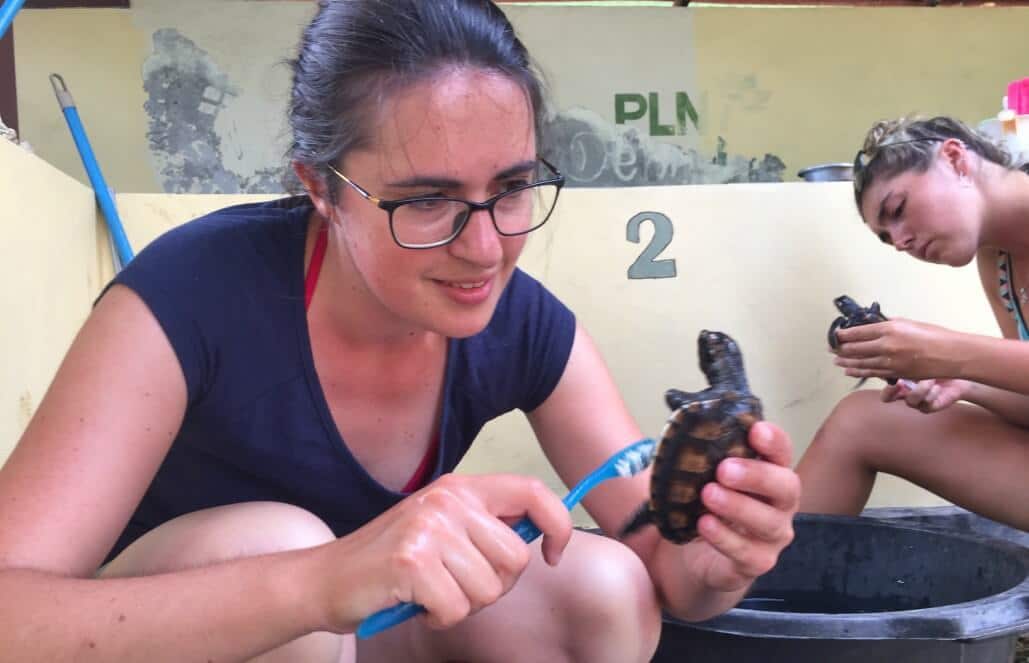 GoEco’s Bali Sea Turtle Rescue program is our top-rated sea turtle conservation program. This sea turtle sanctuary is located on the stunning island of Nusa Penida, just off Bali’s mainland. This program runs year-round and contributes to conservation in several ways. Throughout the year, volunteers clean the tanks, scrub turtles, prepare food and feed the turtles, collect crabs, clean the beach and village area, make conservation awareness signs, make turtle toys and monitor the progress of the turtles currently in the center. 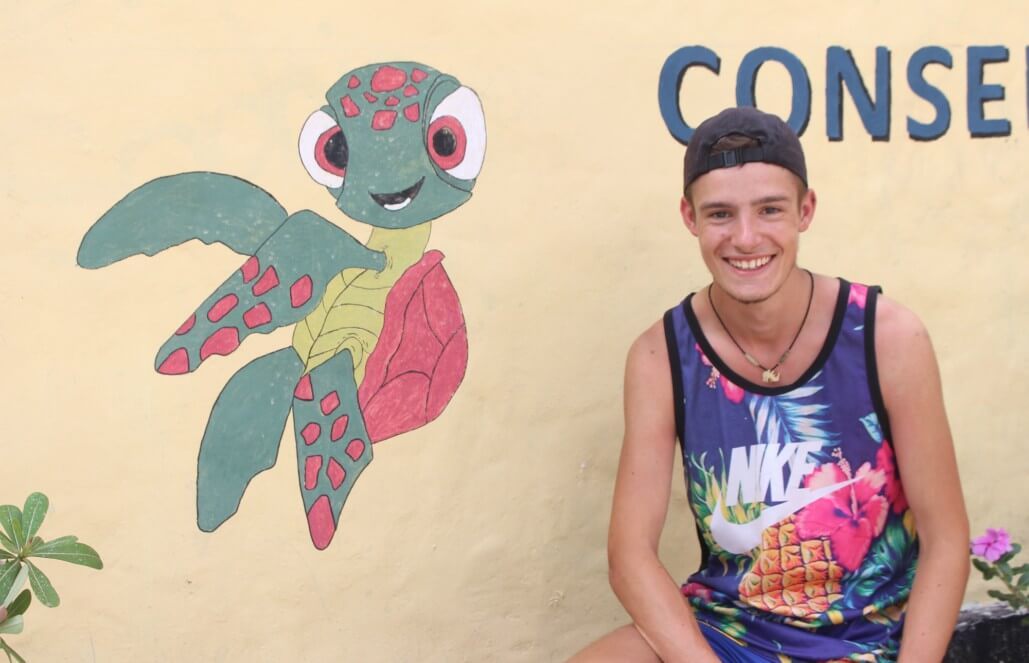 During nesting season (May-October), volunteers also collect eggs, identify species and monitor nests. During hatching season (45-75 days after nesting), volunteers feed and treat the hatchlings until they are strong (8-12 months). Releases are scheduled for those hatchlings each Friday.

As a volunteer, you’ll also help with beach cleanups and environmental education in the community. All of these actions are crucial for protecting the turtles and ensuring they have a safe environment for laying their eggs.In 2019 alone, 600 turtles hatched at the hatchery and more than 700 were released!

Paola, a volunteer from Italy, was searching for a turtle project to volunteer at. Following her two-week volunteer experience at the sea turtles shelter in Bali, she wrote the following: “I think the most incredible experience was the turtle release. When a turtle is ready to leave the center (when is strong enough or is it not sick anymore), you release them in the ocean at Gamat Bay, an amazing secluded beach. I personally cried: it was really an emotional experience to release back the turtle into the wild.” 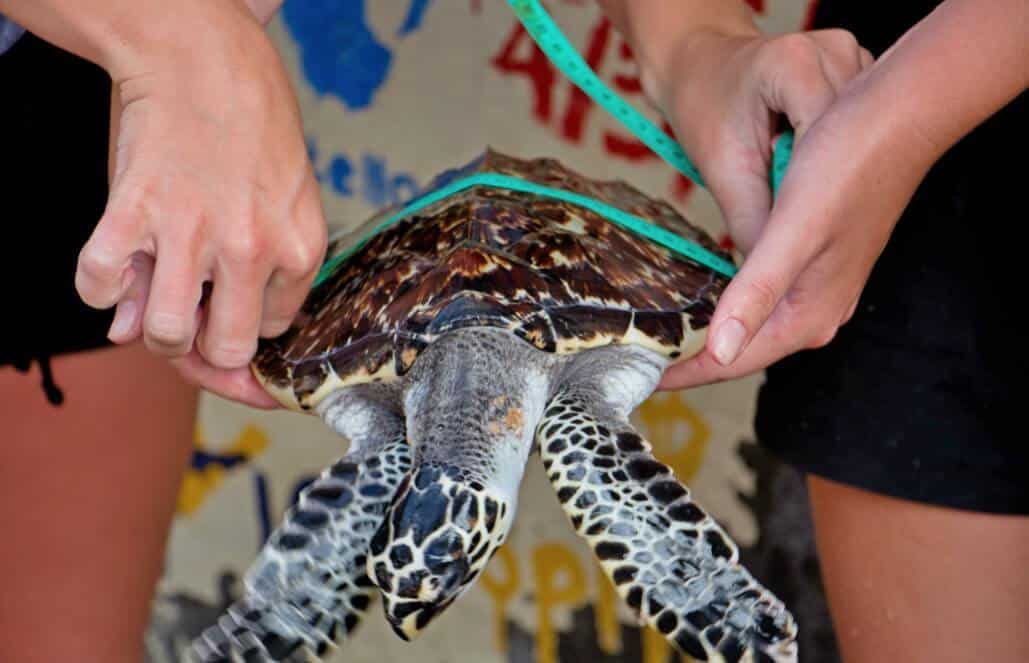 Louise, a volunteer from Australia, was searching for sea turtle rescue organizations when she came across the Bali Sea Turtle program. She volunteered for a month, and had this to say about her experience at the sea turtle sanctuary: “Waking up in the morning to feed the turtles and clean the tanks was hardly a chore. I couldn’t wait to get to the conservation every morning. Seeing their hungry little faces flapping against the walls of their tanks was a sure fire way to making me smile. I couldn’t wait to witness the lucky little fella be released at the end of the week. It was so exciting, knowing that one of the turtles that had been in our care was soon going to start his life in the “big blue.” I couldn’t hide my anticipation, regardless of the fact that we release a turtle (or two), every week. Overall, my trip to Bali was unforgettable. I made friends that will last a lifetime, and memories that will go beyond my grave. I’ve already planned my next trip to the conservation, which will be in April of 2016. It took just under a month for Bali to wrap itself around my heart, and leave a mark that I will always look back on fondly.” 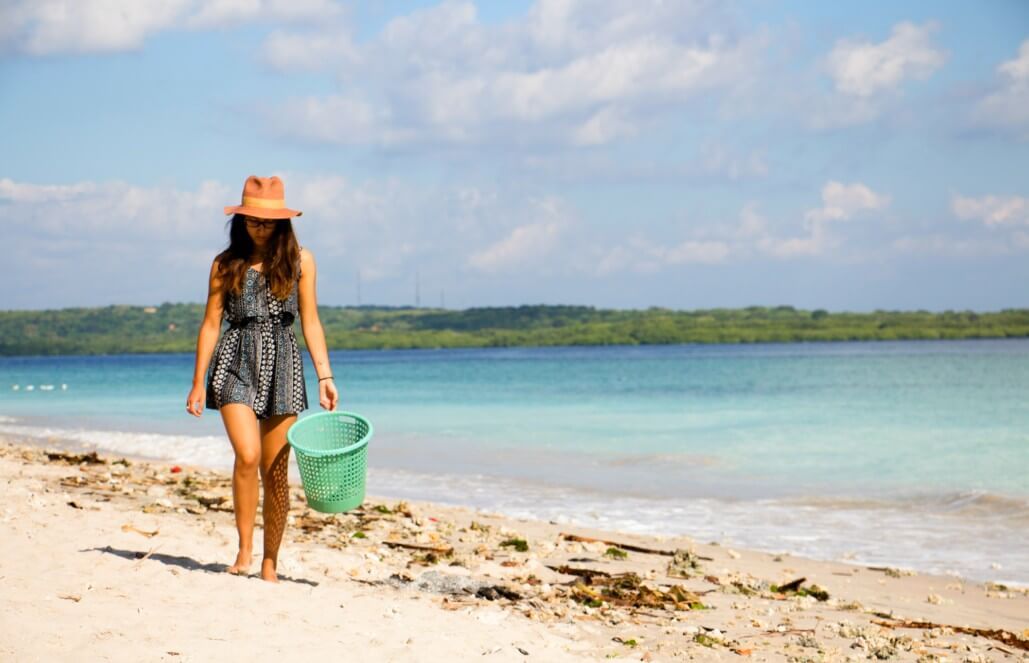 Remi from Canada joined the sea turtle sanctuary program in Bali for two weeks. She wrote, “This was an unbelievable hands-on experience, making every volunteer involved and productive. It was hard work, but it felt so rewarding at the end of the day knowing that you made a difference…As my two weeks came to a close I had the opportunity to watch two sea turtles being released back into the ocean, which I truly have no words to describe. Seeing something like that is a once in a lifetime experience, and made me incredibly happy and proud to witness.”

There are so many options when it comes to finding a turtle project to volunteer at. For those searching to volunteer at a sea turtle shelter, Bali Sea Turtle Rescue is an excellent choice. Volunteers gain experience in wildlife conservation, marine conservation and even environmentalism. As you may have read, the chance to release the baby turtles into the sea is an amazing experience of a lifetime and a memory that will last a lifetime.