Posted By: Daniella A.

Ah, the Israeli desert. There is just simply something magical about the massive sand dunes, sporadically sprinkled lines of green palm trees and the dry heat. It’s a hiker’s paradise and a photographer’s dream. Along with the peace and quiet of the desert oasis, however, are some of the most unique species of wildlife in the country.

In desert habitats, there is little water and resources, which is why camels come to mind when it comes to common desert animals. Camels are able to store water and food as fat in their humps. When they are in need of energy, they digest this fat and their humps become smaller and soft. These adaptations have developed over hundreds of years, and camels are not the only desert inhabitants that are well-adapted to these conditions.

So, what are some animals that live in the desert of Israel? Below we explore common desert animal species. 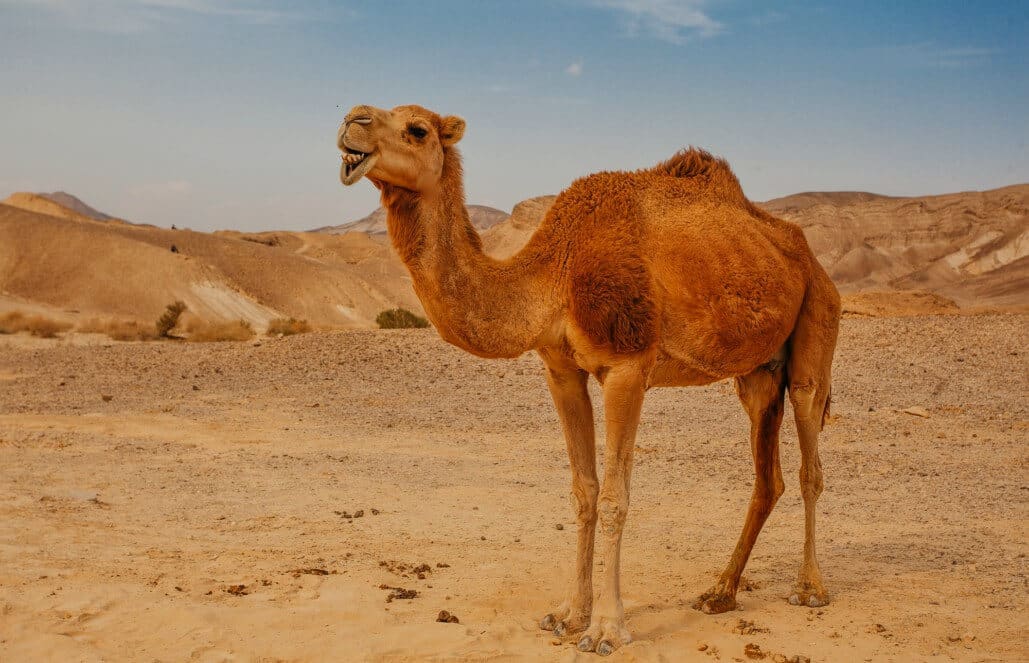 ​
There are two types of camels – the dromedary, which has one hump, and the Bactrian, which has two. The Bactrian camel is found in Central Asia, but is labeled as “critically endangered” by the International Union for Conservation of Nature.

While many tourists to Israel imagine two-humped, sand-colored camels roam around freely across the country, this is actually not the case. Although native to the desert, nearly all of Israel’s camels are domesticated, owned by Bedouins in the desert. 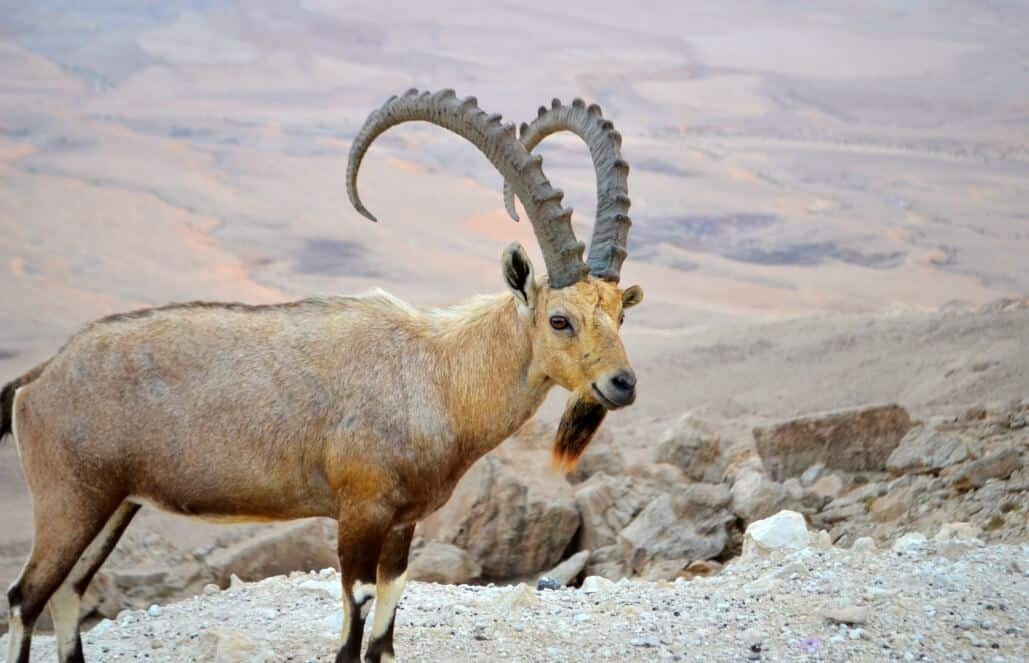 The ibex is a species of wild mountain goat, recognizable by its incredibly long antlers that twist backwards. The Nubian is the only species of ibex that is capable of living in hot, arid climates such as the desert. They tend to live in the rocky, mountainous areas of these hot climates, however. Their agility is amazing; they climb up and down steep cliffs and live life on the edges that they walk on.

The ibex population was in decline a few decades again, but the Israeli Nature and Parks Authority has been working tirelessly to preserve the populations. The country currently has the largest population  of ibex on Earth, and they can be seen both at the Desert Wildlife Program reserve and in nature as you drive from Tel Aviv down to the southern deserts. 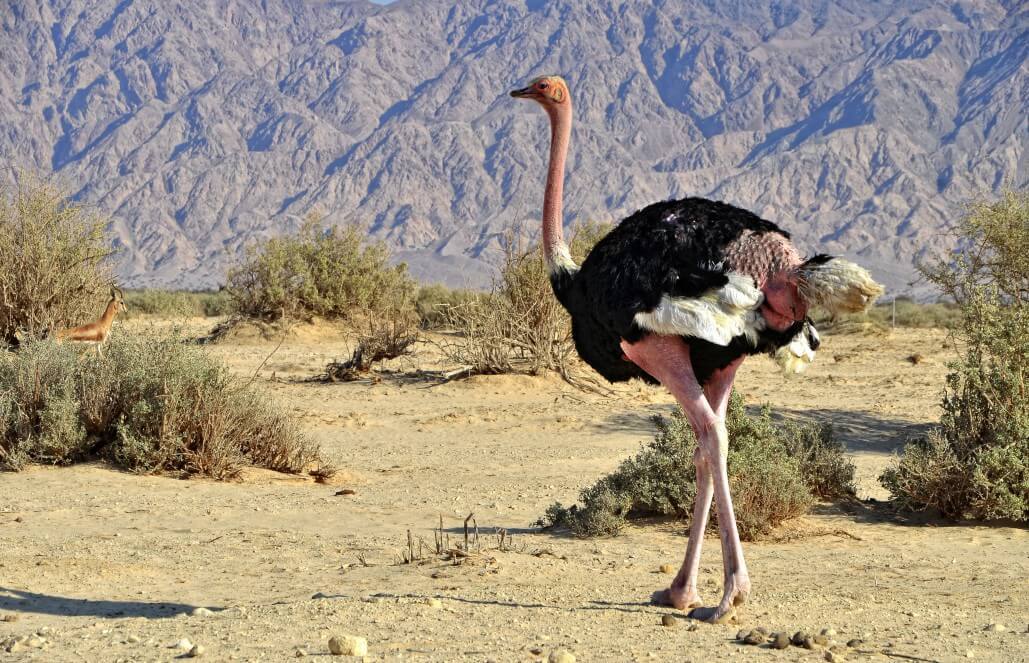 The red-necked ostrich can be found at the Desert Wildlife Program and nearby ostrich farm, but unfortunately not in the wild anymore. They were once rabid in the Negev, but became extinct in the 1920’s due to hunting. Israeli wildlife organizations, however, have been attempting to re-introduce them into the wild. The Desert Wildlife Program actually breeds them on-site. 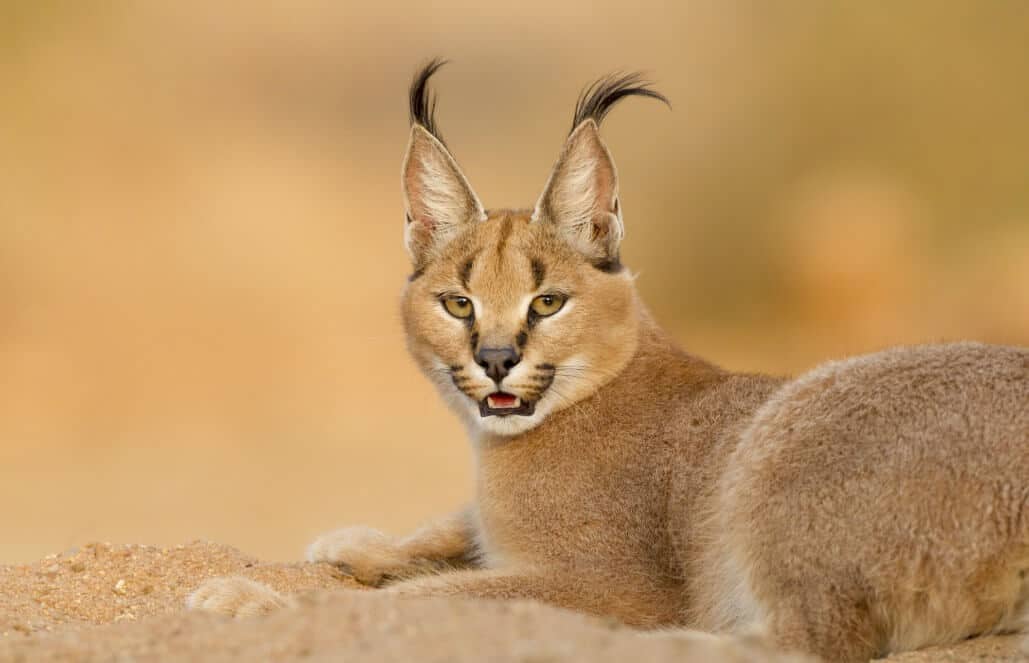 The caracal is a medium-sized cat that resembles a small cougar. They are also commonly known as the “Desert lynx.” These cats are nocturnal, and have two different nicknames: the Persian lynx and the gazelle cat. It is fitting that gazelle cats  are native to Israel, the land also known as the “Land of the gazelle.”

While most caracals have a sandy, reddish coat, there have been solid black caracals spotted. While they often hunt small prey such as rabbits, they can also hunt animals as large as antelope! The caracal is a solitary animal, active mostly at night. Their nocturnal tendency make them a rare sight, and their cunning and agility make them highly proficient hunters. They mark their large territories with urine and claw marks, and though they may not run into each other, they keep track of, and know the scent of the other caracals in the area. During the breeding season they will pair off for a day or two to mate, but once impregnated the female drives the male away. 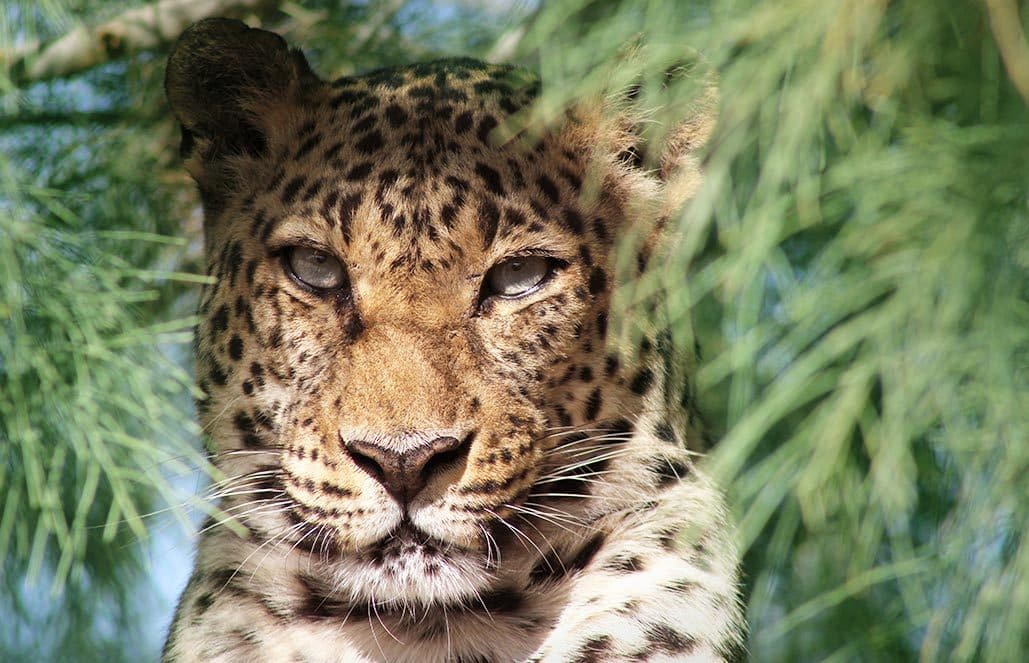 Leopards are amazing big cats, capable of living in almost any environment or habitat. While most us imagine leopards pouncing around safaris in africa, or hiding in the snowy mountains of Siberia, the Negev Desert is also home to leopards, the Arabian leopard. Unfortunately, the Arabian leopard in Israel is endangered, with less than 10 remaining. All of them are in captivity. The last wild desert leopard was spotted in the Negev in 2007 and died of an illness in 2009. In 2011, one was sighted in the nearby Arava Desert. There is one Arabian leopard being cared for at the Desert Wildlife Program.

If these unique Negev desert animals interest you, head on down to the desert and volunteer at the! Here you will gain experience in wildlife care by working alongside professional wildlife rangers! The reserve is a part of the Israel Nature and Parks Authority, and the goal is to protect and conserve endangered desert animal inhabitants.

The reserve features a variety of terrains, from salt-flats and sand to acacia groves. There is a three-acre, enclosed  desert safari where herbivores roam freely, and an enclosed area that houses large carnivores, reptiles and smaller desert animals.