Swing into the opportunity to volunteer with playful, intelligent monkeys! Monkeys, like apes, belong to the primate family. Some enjoy calling and swinging from trees in tropical rainforests, others prefer to stay on the ground in hot, African climates.

Monkeys and primates around the world, however, are losing more and more of their natural habitats. As deforestation grows rapidly, so does the loss of trees where monkeys in Central and South America reside. In Indonesia, the palm oil trade has led to immense deforestation, forcing orangutans to the line of extension. In Africa, monkeys are losing their habitats due to the expansion on farms. Monkeys are considered to be a threat to successful agricultural production, and are therefore targeted.

Little and medium-sized, adorable vervet monkeys can be seen across Africa, but the targets on their backs is leaving new babies orphaned each baby season. Different wildlife conservation organizations find these orphaned babies and take them to be cared for. In Indonesia, there are conservation in place for what is left of the orangutan population. There are programs in the Americas as well that focus on primate conservation, but these are more research-based than directly impactful.

Volunteering for Monkey Conservation and Rehabilitation

Monkey conservation and rehabilitation programs are ideal for volunteers who want to provide care for wildlife, up-close. In South America, volunteers can join an actual monkey sanctuary, located remotely in the Ecuadorian rainforest! Day-to-day tasks include cutting fruit and preparing other food for the monkeys, feeding the monkeys and other animals and participating in general maintenance around the sanctuary. Preparing food and feeding the monkeys by hand is an amazing opportunity to help these animals and to interact with them. GoEco’s Wildlife Rescue Center program in Malawi takes in orphaned vervet monkeys year-round, but mostly during baby season (November-February.) Unfortunately, many of these monkeys are targeted by humans. So much so that the local team at this program refers to baby season as “orphan season.” Volunteers during these months will spend the majority of their time feeding and hand-rearing the orphaned monkeys. This program does amazing and professional work, however, and you can be a part of it!  In 2017, this center recued 89 different animals (many of them vervets), performed 190 veterinary procedures and had 286 animals under rehabilitation. Furthermore, this program focuses as well on educational outreach, to educate the local community about wildlife conservation issues to raise awareness.

The Monkey and Wildlife Rehabilitation Center in South Africa is quite similar. This center works with injured and orphaned local wildlife, including many monkeys and even babboons! This program is informative, as well, and teaches volunteers about the behaviors of different species of monkeys. Like the above two programs, volunteers will assist in the rehabilitation of injured animals and feed and care for the ones who cannot be returned to the wild.

Not all apes are giant gorillas like King Kong! In Thailand, lend a hand at the Gibbon Primate Sanctuary. Gibbons are extremely social and lovable primates. The gibbons at this center, however, came after sustaining injuries or being abused. This sanctuary provides them with a haven, and it is the responsibility of volunteers to socialize and connect with them, to build trust between the gibbon and human species. These gibbons cannot be returned to the wild, as they often have missing limbs or other permanent injuries. Volunteers on this program will not only provide them with care by feeding them, but by holding their hands and grooming them to make them feel comfortable. This program is the perfect opportunity for those seeking a hands-on, rewarding wildlife experience! 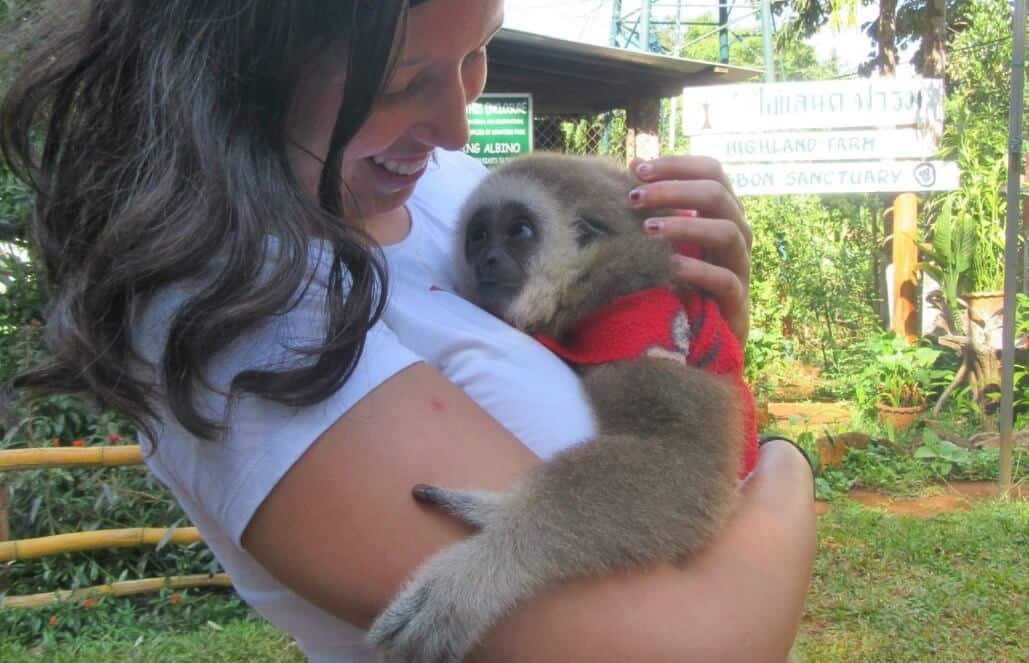 The Orangutan and Wildlife Rescue Center in Indonesia works with Siamang gibbons and of course, orangutans. The animals at the center are in need of rehabilitation and recovery from their loss of habitat in the rainforests of Borneo. Volunteers on this program will be involved in less hands-on tasks to allow for these animals to be released when they are ready. Volunteers will clean their living areas, prepare food and contribute to other tasks around the center.

5 Fun Facts about Monkeys and Apes:

1. Monkeys and apes are mankind’s closest living relatives- we share more than 90 percent of our DNA with these animals! 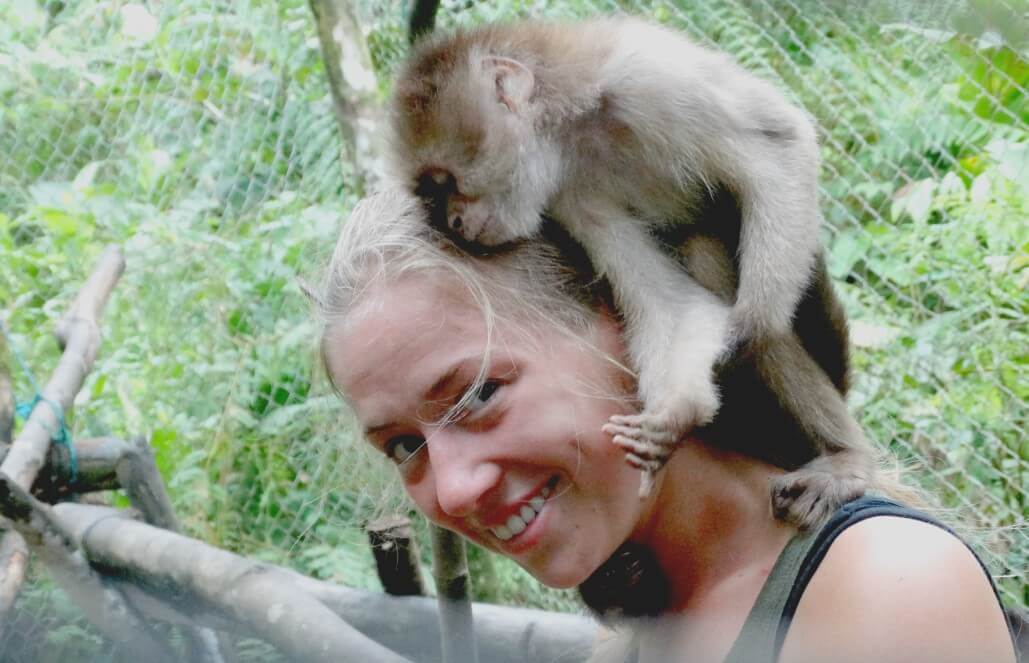 2. Monkeys and apes are highly intelligent animals, and are quite social animals as a whole, often living in troops. 3. One difference is that monkeys have tails, while apes do not. 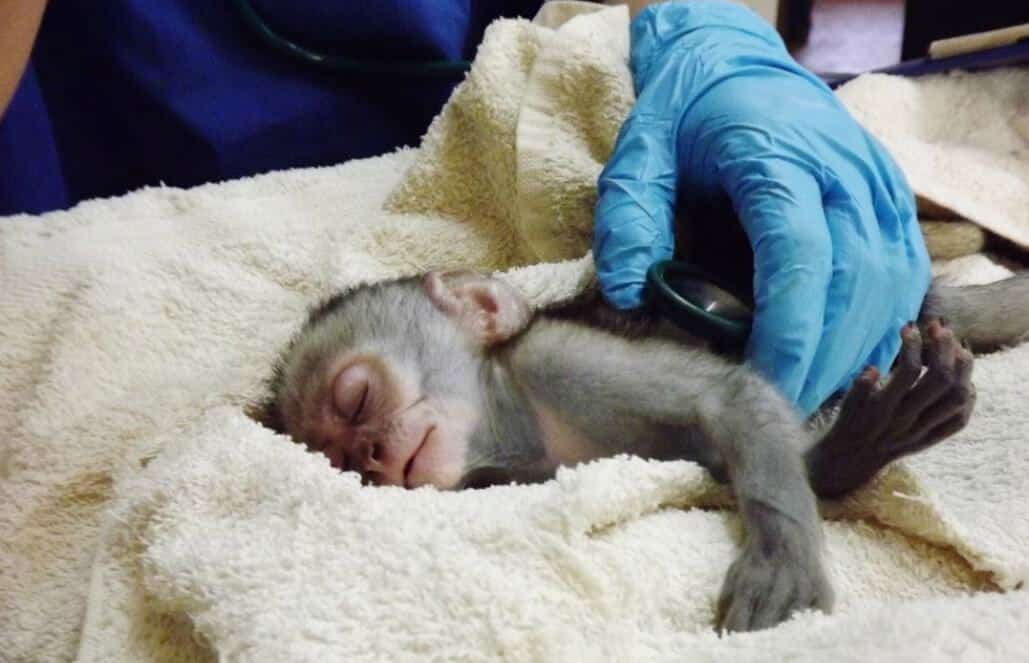 5. There are over 260 known species of monkeys alone!

Learn more about monkeys by volunteering with them close-up at oen of our Monkeys and Apes Conservation programs!