I always like to tell people that if you don’t see a kangaroo in the wild on your trip to Australia, then you probably didn’t have much more than Bondi Beach and the Opera House on your itinerary. But, if a trip through the outback is a little outside your budget or timeframe, then volunteering at a wild animal sanctuary with kangaroos, is a mighty fine way to get up close and personal with these comical creatures.

Let me officially introduce to you the ‘roo’: 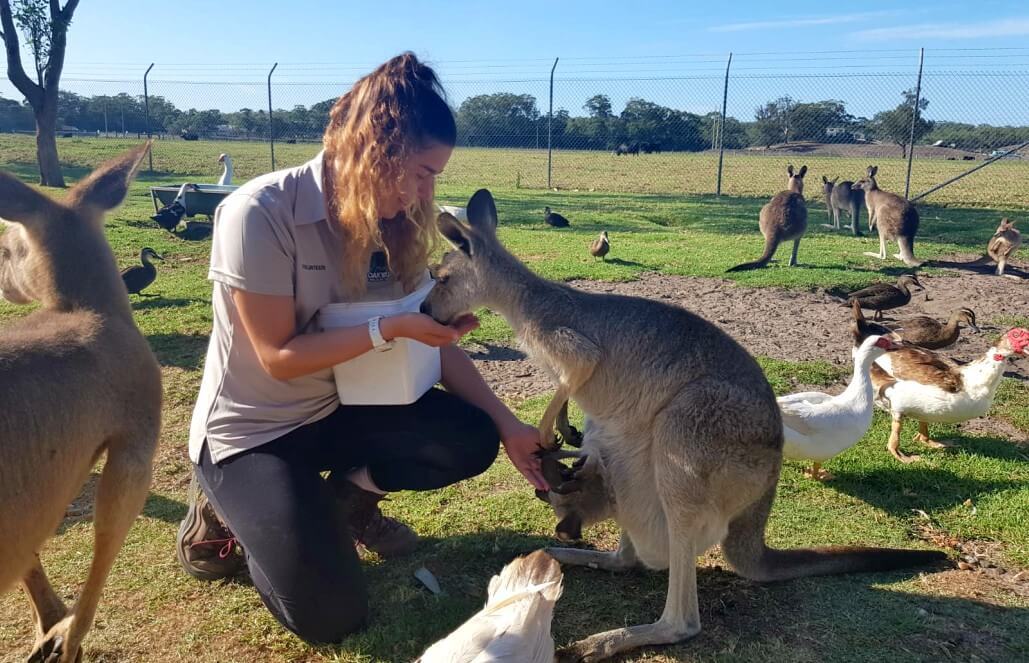 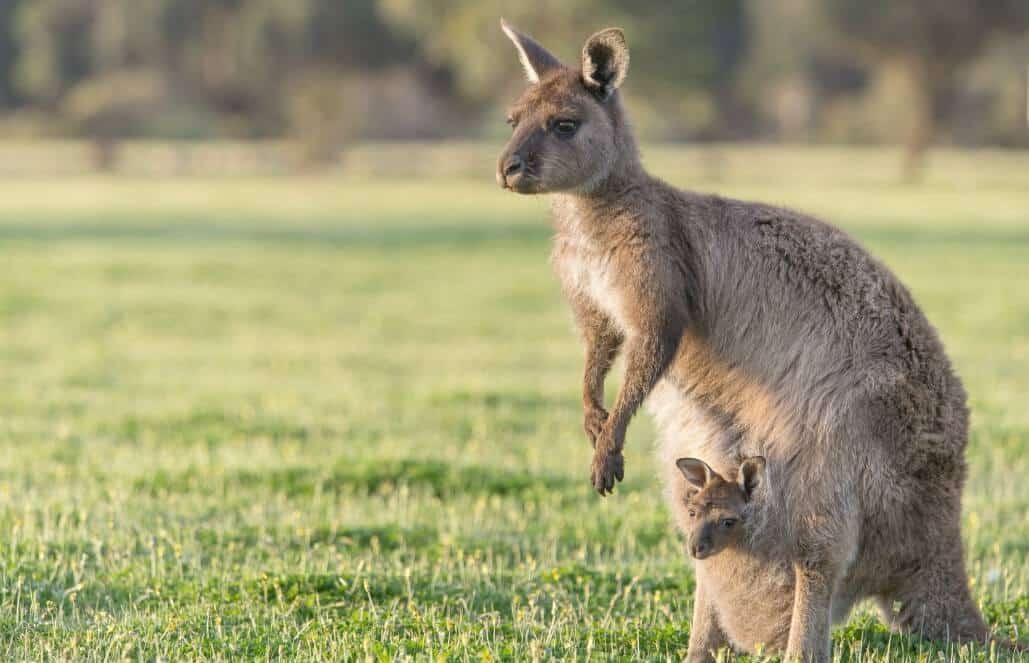 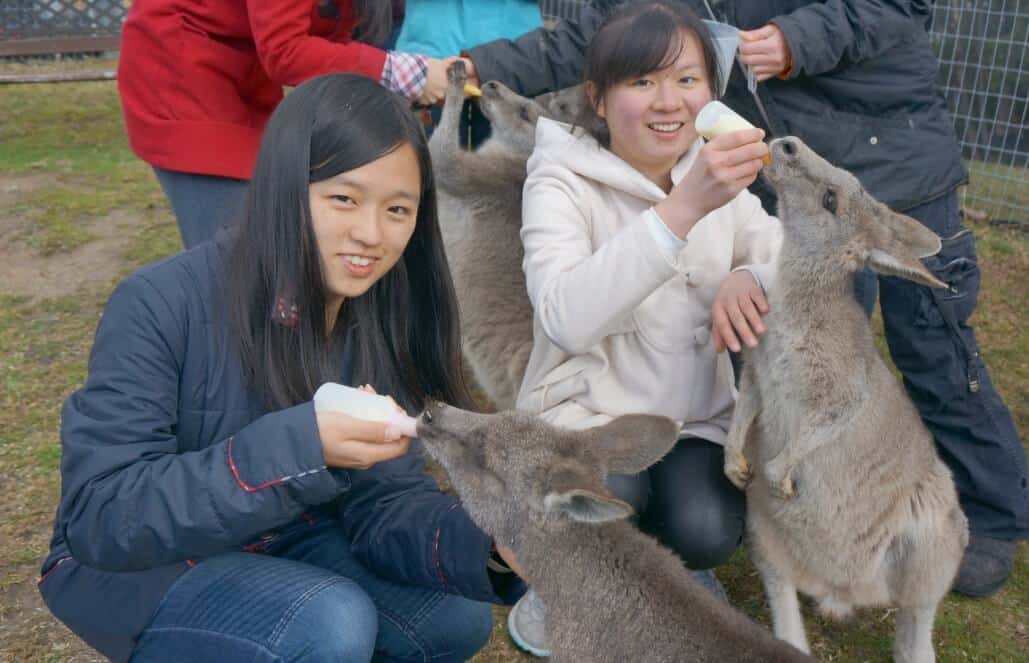 With this is mind, are kangaroos actually endangered?

This is quite a controversial question to answer.

Kangaroos are hunted for their skin and meat, however some would say that it is done to control the population, protect farmer’s crops, and homes, if a kangaroo were to enter and become aggressive (although a 6ft muscular roo can be quite striking, they are unlikely to pose an actual threat).

What is certain is that environmental factors such as global warming are impacting on their food resources and that accidents involving humans, are also impacting on the kangaroo population.

As with most conservation initiatives, it is always best to start with what we can do on a personal level, which can be more effective than signing petitions and adding Facebook likes to all causes. 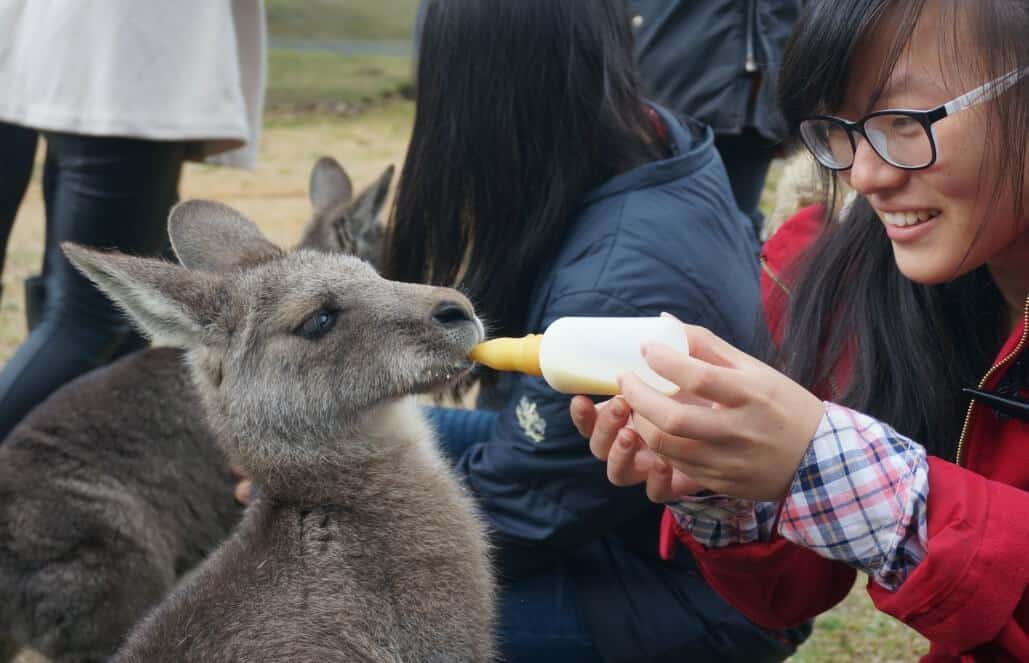 Here are a few tips on how you can help the kangaroo on your trip in Australia:

Don’t feed the kangaroo your fries. Beach bum kangaroos are sometimes seen and can be very friendly and approachable. But, like a dog, they just want to be fed. Now, how should I put it lightly? Please, DO NOT FEED THE KANGAROO MCDONALDS. No matter the puppy dog eyes that you may think you are seeing, this is not an opportunity for you to share your lunch. Kangaroos will do just fine with grass, so no need to increase their sodium and carbohydrate intake (as well as preservatives and whatever else is in that packet).

Don’t drive at night in the Outback. Kangaroos account for over 80% of animal collisions and can cause severe damage to both the car and the animal. The chance of an accident is so high, that most rental car insurance policies won’t cover you if you travel between dusk and dawn in the Outback.

Do check the pouch for joeys. If you find a roo on the road or you unfortunately hit one, make sure that you check the pouch of a female to see if there’s a baby. These can often be saved with the right care. 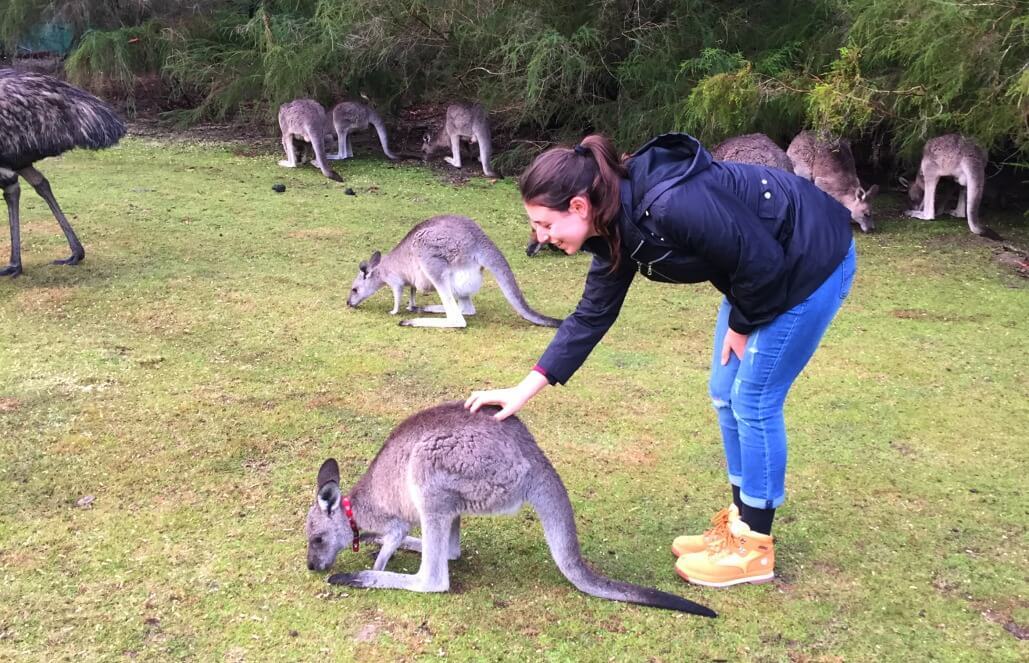 Do call a kangaroo sanctuary if you see an injured roo. There are many scattered around Australia, with places where kangaroo collisions are likely, often show special road signs with contact numbers, alerting you to their presence.

Helping out with a kangaroo rescue and working at a kangaroo sanctuary can be part of your next volunteer trip. Click here for more information.

But first, how do you spot a good kangaroo sanctuary?

1. There’s a time-out space. Unless you’re at a zoo, it’s quite common to see kangaroos hopping around the entirety of a sanctuary. This means that they have room to roam and feel comfortable in their environment. A bonus however is if the kangaroo also has a place where they have their alone time, can be away from selfies and refresh themselves before going back into the spotlight.

As green rooms aren’t as common as you may think at most locations, places such as the Wildlife Park in Port Stephens have kept the fences around other animals low enough for the kangaroos to hop over. This way they get to spend quality time with their buddies and have a snooze in the shade too. 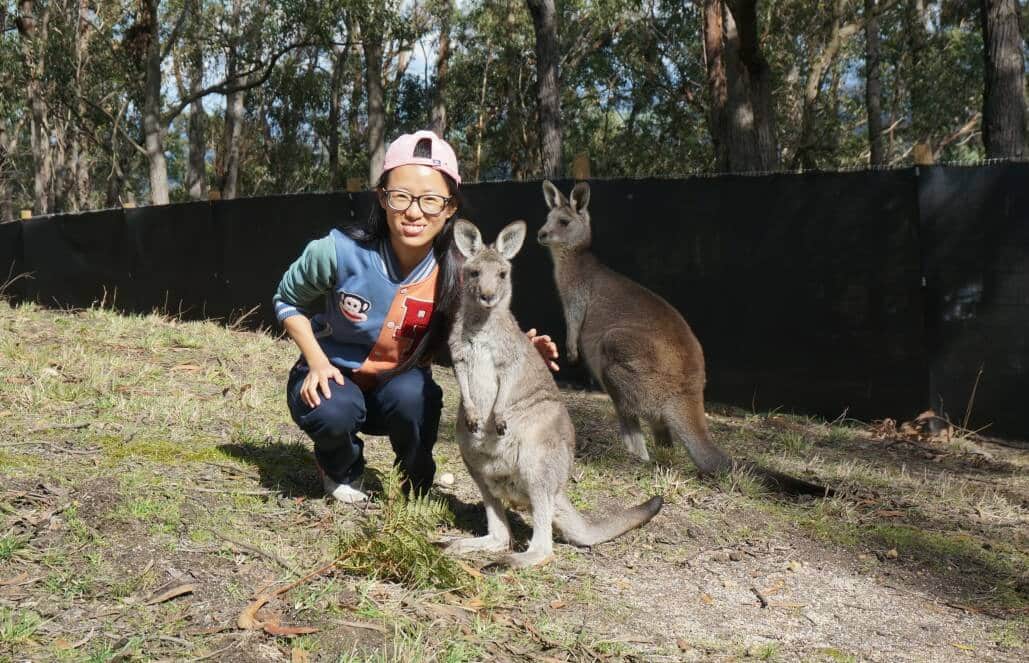 2. There’s a catch and release program. See that the animal sanctuary is there to help rehabilitate the animal and not just domesticate them for exploitation.

3. The babies are well cared for. Getting a baby animal into a sanctuary can be very exciting, yet very exhausting too. The little ones usually require 24 hour care, with bottle feeding and cuddles being part of the doctors orders. But don’t get too attached to them, once again the aim here should be to raise them and then to release them back into the wild.

Did you know? The kangaroo has quite a few skills that would make it a perfect candidate for the Olympics.

These adorable animals are fit and ready to take on the world. With such a varied landscape in Australia, they have had to adapt to a multitude of challenges to fend off predators, get across a great amount of land in a short time, and find food where most would have given up millenia ago. 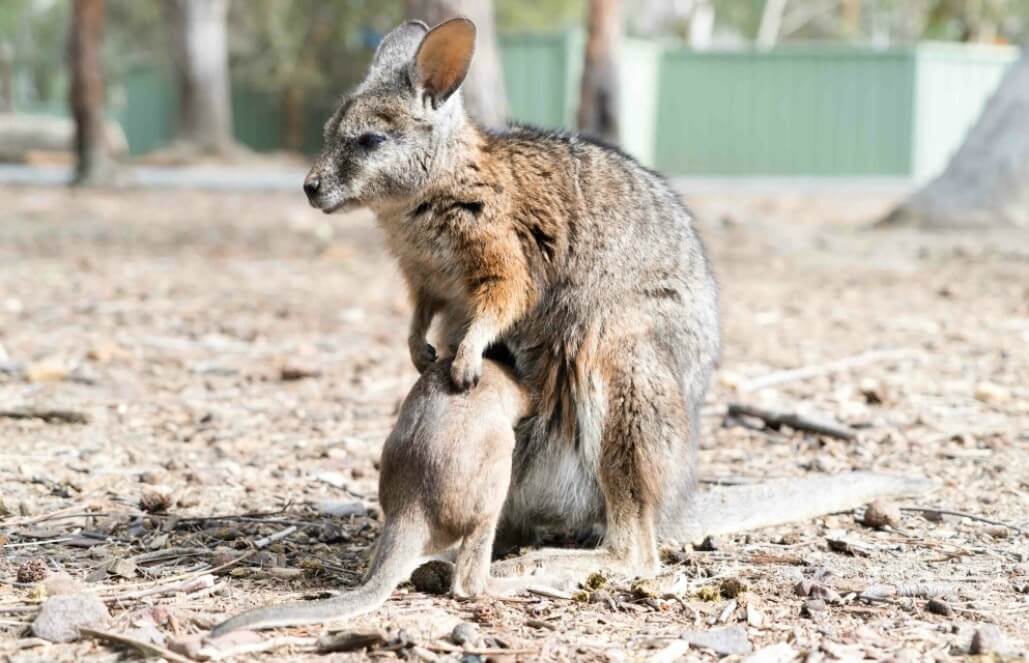 So I hereby give you a challenge! Find me another competitor that would be able to give the kangaroo a hop for its money in all these categories:

Kangaroo Football (scratch that, you’re weekend is gone now too)

Kangaroo Wrestling (…but it was so worth it)

Kangaroo Sprinting (although they can’t run per se, by hoping at speeds of up to 44mph, they are almost doubling Usain Bolt’s time – so I call them a legit entrant)

Kangaroo Bodybuilding (not exactly in the Olympics, but I’m still putting my vote in for this one) 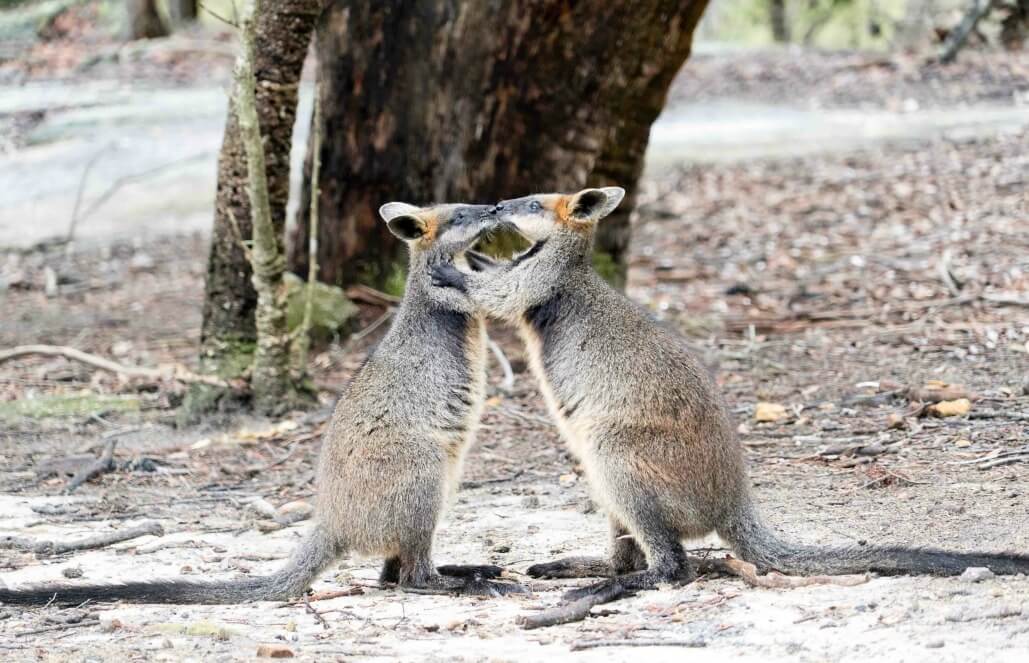 A little scary too?

Don’t worry, most kangaroos in animal sanctuaries are quite docile and will probably just keep chewing on their grass even if you get close to them. They are used to humans and know that they are being well taken care of so unless you do something to really annoy them, you will be able to safely take a picture with a kangaroo for your Instagram.