Sea turtle conservation programs have long been among the most popular volunteering opportunities abroad. GoEco prides itself on our many sea turtle conservation programs, as our founders themselves founded this company with a sea turtle project. Our volunteers have the opportunity to help save sea turtles from Costa Rica all the way to Indonesia, whether they are teens, adults or even children joining a family volunteer vacation. There are seven species of sea turtles, five of which are endangered. These five species include the olive ridley, hawksbill, loggerhead, green turtle and the leatherback. These sea turtles’ habitats are being threatened by climate change, human activity, such as illegal overfishing and trading, and of course, pollution. Polluted waters are unable to maintain their seagrass populations, which is what the green turtle feeds upon. These days the popular images floating on the Internet are of the many, many photos of sea turtles chewing on plastic, which has been carelessly dumped into our beautiful oceans. Several of our sea turtle conservation programs address this global issue by  including a beach-cleaning component. It is without a doubt that sea turtles are in need of these conservation programs to help ensure their survival. Sea turtles have been swimming for over 100 million years, and it would be absolutely devastating for them to become extinct now. Types of Sea Turtle Conservation Programs There are different ways to ensure the conservation of sea turtle populations, and GoEco offers a variety of them. In Greece for example, volunteers work solely in the sand. Tasks in both the Mediterranean program and the Under 18 program include building protective barriers around the nests and monitoring the nests during hatching season. Our Sea Turtle Conservation program in Costa Rica also works to protect nests and hatchlings on land. These programs are ideal for volunteers who long to spend hours in the sand and wish to look out for nests, eggs and possibly witness hatchings. Our Bali Sea Turtle Rescue program in Indonesia; however, works with sea turtles that are in a sanctuary. This program specifically takes in injured sea turtles that have been found and surrendered  by local fishermen. Volunteers on this program help rehabilitate the turtles by feeding them, cleaning their tanks and monitoring their health progress until they are healthy enough to be returned to the sea. This program is similar to our Marine and Turtle Conservation program in the Maldives, which also takes place in a sanctuary for injured sea turtles. This program; however, has an additional component. First, the turtles are nursed to health, until they measure one foot long. Then they are returned to the sea, but within an enclosed area so they can re-adjust to living in the sea after having recuperated in a sanctuary with tanks. Once the turtles have been deemed ready to return to the sea by the program staff, the turtles are then released into the sea. Both the Bali and Maldives programs have an educational component to them as well that includes raising awareness for marine conservation and educating members of the local communities about marine conservation issues. For those volunteers who wish to combine sea turtle conservation with the conservation of other wildlife, our Diverse Jungle Animal Experience in Costa Rica is an excellent choice. Our Perhentian Islands Coral Reef and Seagrass Conservation program in Malaysia is an excellent program that focuses on the conservation of the seagrass populations, which, as previously mentioned, are the main diet of the vulnerable green turtle. By joining this program, volunteers not only conserve a vital food source for one sea turtle species, but also help to enrich the overall marine ecosystem as a whole. Locations GoEco currently has six programs in different parts of the world that are solely dedicated to the conservation of sea turtles, and an additional three that include varied wildlife conservation. Asia: GoEco currently has four sea turtle programs in Asia – one each in Indonesia, Sri Lanka, the Maldives and finally one in Malaysia. The programs in Indonesia, Sri Lanka and the Maldives are all focused on the rehabilitation of injured sea turtles. Our Jungle Trek and Sea Turtle Conservation in Malaysia; however, involves trekking in the thick jungle for a week followed by two weeks of photo identification research and the guarding of sea turtle nests at night in the Perhentian Islands. Central America: Costa Rica is often said to be the origin of volunteer tourism, and it is easy to see why. GoEco offers two sea turtle conservation programs in this country, both of which allow volunteers to enjoy their vacation on the beautiful “Rich Coast” while helping a vulnerable marine species. Europe: Appreciate ancient architecture and bask in the Mediterranean sun on one of GoEco’s sea turtle programs in Greece. Teenage volunteering is now a day at the beach- a day where teens work hard to protect both nests and also the eggs inside.  In Mavrovouni, those over the age of 18 or even families, can enjoy a similar program. Africa: Our Marine Life Research and Conservation program in South Africa is dedicated to just that. This two or four-week program provides volunteers with an educational and research-based experience so that they can observe the local marine life and use their newly acquired knowledge to spread awareness of marine conservation issues. Past volunteers have had the pleasure of observing and collecting data on local sea turtle populations. Whether you choose Asia, central America, Europe or Africa, you can have the opportunity to protect and conserve indigenous sea turtles from extinction! 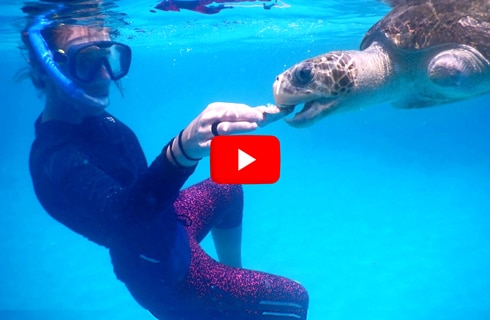 Journey to the unbelievable island of Naifaru for sea turtle rehabilitation! Join marine conservationists in their efforts to rescue and rehabilitate turtles and help protect the coral reefs, as well as enjoy spending time in one of the most idyllic places in the world. 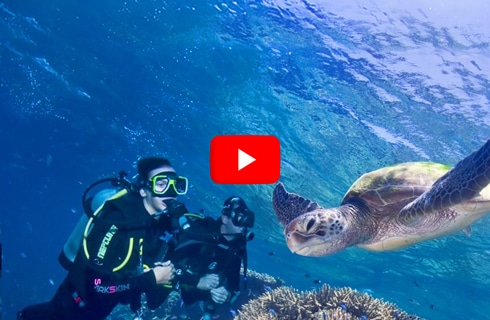 Explore the deep waters and make a difference in marine conservation at the Great Barrier Reef! Visit a turtle rehabilitation center and collect data for important research, all while receiving your basic advances or specialty diving certification!

Sea turtles in Sri Lanka are an endangered species. The species is threatened by human poachers as well as predators. The Sri Lankan government has approved the creation of hatcheries in order to protect this species. 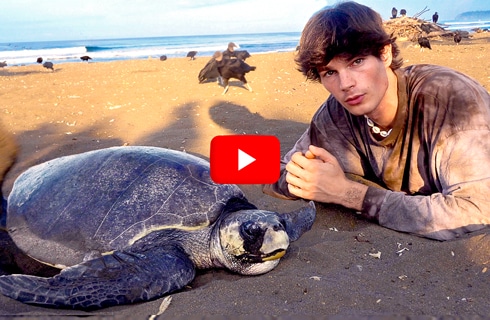 Journey to the beautiful beaches of Costa Rica to help sea turtles in their fight against human poachers and erosion of their nesting sites. Meet other like-minded wildlife volunteers and experience the thrill of returning thousands of baby turtles to their ocean home. 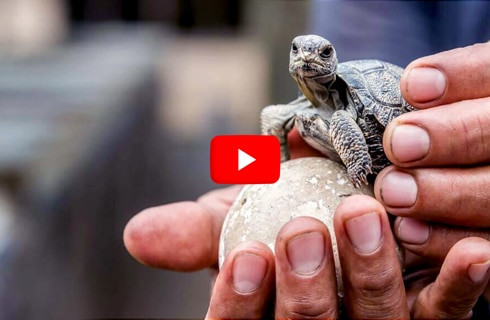 Giant Tortoise and Sea Turtle Conservation in the Galápagos 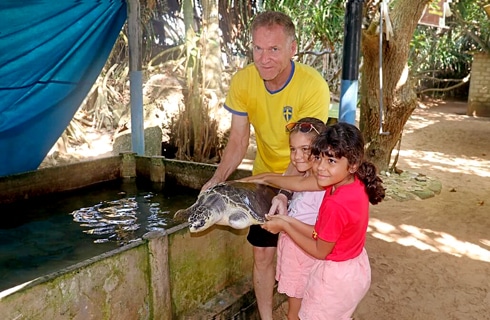 Travel with your family to beautiful Sri Lanka to volunteer for sea turtle conservation! 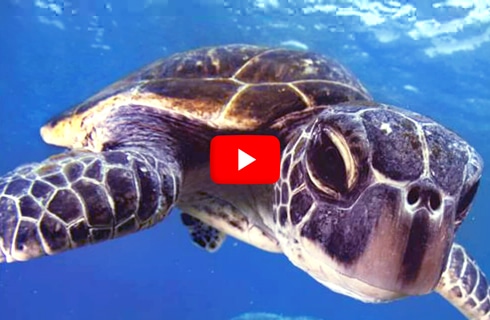 Volunteer in Bali, a beautiful region surrounded by marine life and amazing scenery. Work with injured and rescued sea turtles to rehabilitate them and educate others about the importance of ensuring this species’ survival. 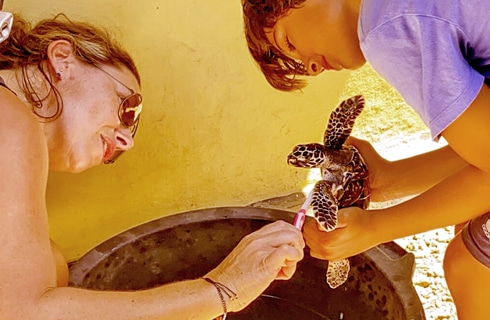 Join a fully dedicated team on a small island off the tropical island of Bali to help care for injured sea turtles until they are ready to be released into the sea again! This program welcomes families with children who are five years of age and older.